2.  The future of email – the BBC put together a short piece for NewsNight about whether or not email will survive another 30 years. Probably, yes but hopefully we will be making better use of alternatives for both sharing and sending short ephemeral communications.

3.  What might the world with less email look like?  Alexandra Samuel provides a very good and practical insight and reviews the good and bad side of using alternatives to email and especially from the perspective of archiving material.

4.  Lost in digitisation? As if reading Alexandra’s thoughts, Robert Shrimsley in the Financial Times questions what treasures will remain if we no longer either write with pen and paper or worse still use social media sights where the message/photo disappears once seen (like Snapchat). Will we still have any great letters and photos to help us form a picture of like in the 21st Century as our forefather left us a century earlier?

6.  Email with no regrets.  Sadly an email sent is rarely if ever deleted.  There is always someone somewhere who will have kept a copy and produce it just when you least expected. Here are some tips on how to minimise if not obliterate the need to feel remorse after sending an email.

The holiday period was to some extent dominated by the Ashley Madison hacking and the havoc is wrecked for both organisations and individuals as summarized in this months blog and the on-going saga of Hilary Clinton’s emails sent on her personal account.  In between there was a piece we noted about Finland now teaching keyboard skills rather than cursive (joined-up) writing.

Over the past few weeks three themes have dominated – the resurgence of writing to reduce email overload, email scandals and cyber crime. 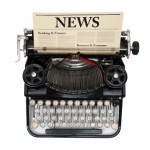 Is the writing on the wall for email? 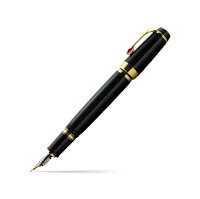 Several companies have now adopted writing as a way to reduce email overload according to a recent article by Emma De Vita in the Financial Times.  One company now uses notices board to post project updates rather than sending endless email chains.

From my own clients one uses whiteboards to post social and ephemeral notices such as ‘fire alarm tests’, ‘celebration cakes for tea’ etc.  They have whiteboards placed strategically around the office and messages can vary depending on what specific groups are doing.  One person said that an added benefit was how much you learn about what is going on in other parts of the department.

One business avoids endless email chains by writing their comments on documents and proposals.  Only when all parties have commented does the senior project manager then read the proposal.

Other clients encourage people to rebuff requests to ‘send me an email’.  Instead they tell the person making the request to take ownership and write down what is being asked of them.

We are seeing a great resurgence in traditional writing tools such as pen and paper.  What novel ways such as these have you used to help reduce email overload?

A year from now, will we still be using email as the prima face business communications tool?  That is the question I am always asked at this time of year.  In a word ‘yes’.  It is not only the most durable technological innovation, but in essence it has changed little in its thirty year life cycle.  It is still a lean and mean messaging system, all be it we have bent it to be all things to all people, (from a channel through which to manage people, make them redundant and invite them for sex tonight).   However, here are five things I do foresee with respect to email which may also help reduce email overload.

The future of email

Consequently, email overload may become less of a drain on people’s productivity as we learn to change our email behaviour. However, it will be important not to replace one set of bad behaviours with another.  A change in email behaviour needs to be carefully managed and we at Mesmo Consultancy will be pleased to share how with you how we have helped other organisations make this transition.

Where do you feel we will be with email by the end of 2015?  Will it still be the dominant backbone of  business communications?